History and Culture of Tea 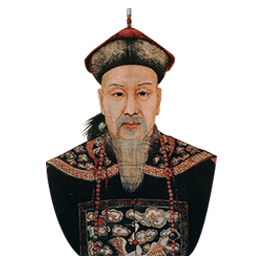 According to legend, some 5,000 years ago, Emperor Shen Nung who was travelling around the Chinese countryside had asked for his water to be boiled as it was foul and unfit for drinking. A breeze caused a leaf to separate from the branch of a plant, which then fell into his cup of hot water. The curious emperor let the leaf steep, then sipped the brew. Tea, brewed from the Camellia Sinensis plant came to being. 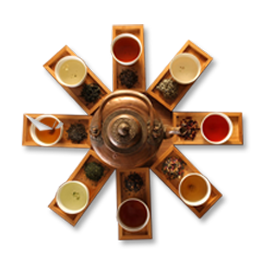 Historians have traced the purposeful cultivation of tea to Szechuan, China, around the year 350 AD. 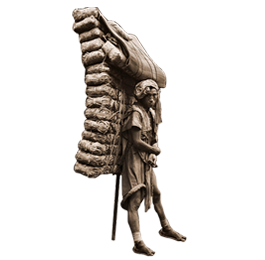 The use of tea evolved. It was first revered as medicine; it became so precious that it replaced currency and by the second half of the Tang Dynasty (618-907 AD), tea took its place side by side with painting, calligraphy, poetic and music composition, and other scholarly pastimes.

The ancient Tea-Horse Road, first appeared during the Tang Dynasty (618-907), and lasted until the 1960s. As its name suggests, the ancient Tea Horse Road was a trade route mainly through Yunnan, Sichuan and Tibet – where the Chinese exchanged tea for horses with people in Tibet. It was a mutually beneficial trade – the Chinese needed war horses whilst the Tibetans, who consumed mainly meats, found that tea helped with digestion and provided important nutrients not available in their local diets. Under the Tang Dynasty (618-907), Pu-Erh was developed. Tea from Pu Erh, was steamed compressed to make it easier to be transported by porters. 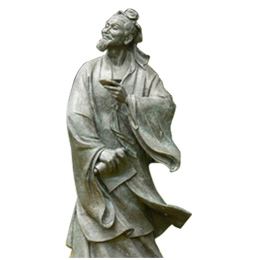 The first tea-specific manuscript, The Classic of Tea (Cha Jing), commissioned by tea merchants and written by the poet Lu Yu was published. During this period, tea had become such an important cash crop that the government imposed the first known tea tax. 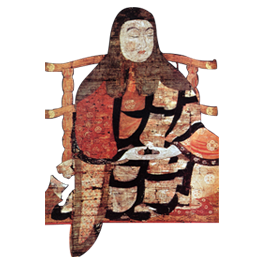 Tea made its way to Japan late in the sixth century, along with Buddhism. A Japanese monk by the name of Saicho (767-822) brought a few tea shrubs from China and planted them at the base of the sacred Mt. Hiei. 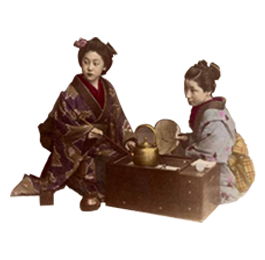 In Japan, during the Nara period (Japan 710-794) tea plants were grown for the consumption by priests and noblemen, usually as medicine. Later, a Zen priest called Murata Shukou invented the tea ceremony. The tea ceremony enjoyed only by the Samurai class, came to be enjoyed by other classes. 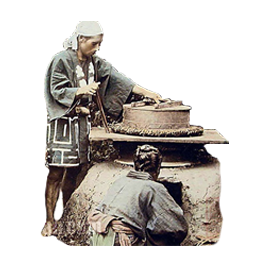 Other Forms of Tea 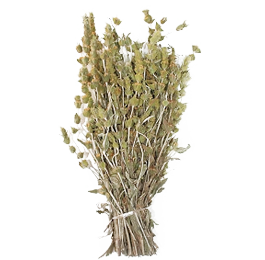 In the 18th Century, Fujian tea merchants carried seeds from China to Formosa and a tea industry began there. Today, Taiwan (Formosa) is famous for its oolong teas and mountain-grown teas. 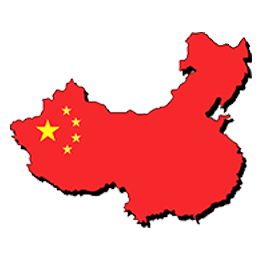 During the mid-1500s, the Portuguese who monopolised the spice trade may have shipped some tea to Lisbon. However, none of the European countries traded any tea until 1610 when a Dutch vessel returning from Java brought the first case of tea – which they traded with the Chinese for a crate of sage. 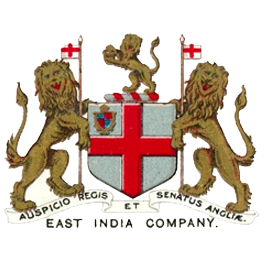 A century later, The British East India Company was set up to compete with the Portuguese and Dutch, and amongst its imports was tea. When tea was first introduced in England, it was a heavily taxed luxury item, purely reserved for the enjoyment of royals and aristocrats. 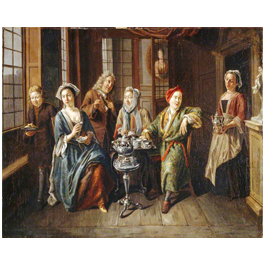 Tea being famous in France

The French courts were enamoured by tea. The Sun King, Louis XIV found tea to be a remedy for his gout. During the 17th Century, the Marquise de Sabliere initiated the fashion of adding milk to tea in France. 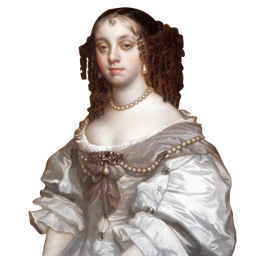 The English courts embraced tea quite early as Catherine de Braganza of Portugal brought a dowry that included a chest of tea when she married King Charles the Second of England in 1662. 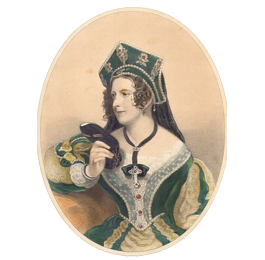 In the early 19th century, Anna, the seventh Duchess of Bedford, one of Queen Victoria’s ladies-in-waiting ‘invented’ afternoon tea. During her day, the convention was to consume a huge breakfast, followed by a small lunch, and dinner late in the evening. Each afternoon, the duchess experienced a “sinking feeling” of hunger in her stomach. One day, she instructed her servants to serve tea and little cakes in her boudoir during the afternoon. 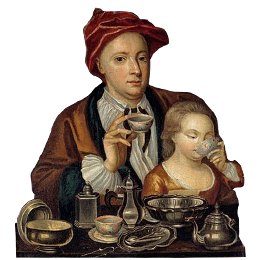 Not far away, ‘breakfast tea’ was invented in Edinburgh, by a Scots tea-master who devised the name for his blend. Subsequently, Queen Victoria popularised it. Tea was to take its place in the English social rituals, replacing ale as the national drink. The English would commence with early morning tea, then have breakfast tea, tea at lunch, afternoon tea, nursery tea, five o’clock tea, high tea and even tea at the bedside. 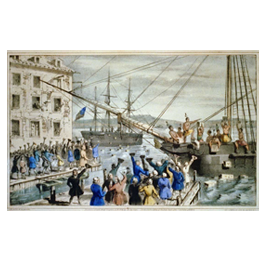 As tea was a taxed commodity, smuggling became rampant. The British East India company realised that America was a new market that they could exploit. The Tea Act of 1773 was enacted to give the British East India company a monopoly over tea distribution in America. American colonists however failed to see the benefits of repatriating tax revenues from tea back to Britain. In December 1773, a group of Americans boarded British ships in Boston and dumped 342 chests of tea into the harbour as a mark of protest. This defiant act, became known as "The Boston Tea Party" and the incident led up to the American Revolution. 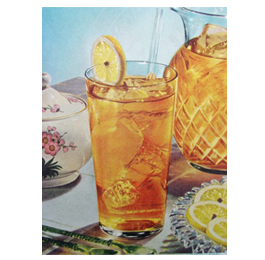 It was at the St. Louis World’s Fair in 1904 when Englishman Richard Blechynden attempted to entice Americans who were only familiar with green tea from China, to try some black tea from India and Sri Lanka. However because of a heat wave, few at the fair were interested in a hot drink. Blechynden had a brain wave – he added ice to his black teas, and iced tea came to being. 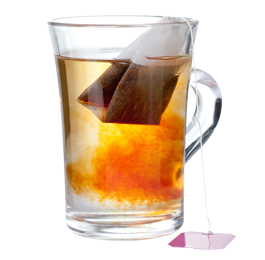 They are the invention of a New York tea and coffee merchant, who in 1904, sent to his special customers some samples of tea that were sewn by hand into silk bags, as it was less costly than using tin boxes that were popular at that time. To his surprise, the orders started rolling in as his customers favoured the ease of preparing tea-bag tea compared to loose tea. 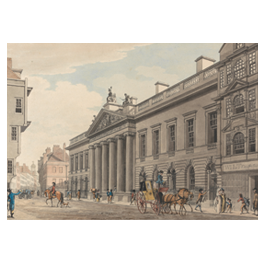 The British parliament had always been wary of the dependency on China as the sole source of tea. “Why painstakingly import tea from China when one can plant them in the colonies?” was the question asked by the English in early 19th century. As a consequence, great effort was put into seeking an alternative source for tea supplies. Since the British East India Company was to administer India on behalf of the crown, the parliament encouraged the commercial venture to develop alternative sources of tea in India. 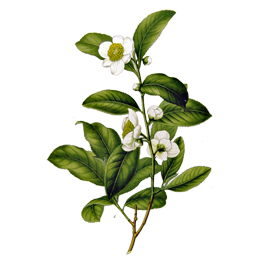 Clandestinely and surreptitiously, Chinese tea seeds were taken from China and planted in Calcutta’s Botanical Gardens in the early 1800s and then sent to Assam for cultivation. The British however discovered that the Chinese seeds did not grow well but a local Assam bush seemed to be able to produce a similar tea. The first set of local Assam teas sent to England were so well received that it kicked off the Indian tea industry. Assam teas are however different from Chinese teas, and today is known for their malty liquors and promoted as "milk teas".

Not long after the Assam trial, another experiment in Darjeeling involving Chinese seeds as well as Assam seeds, proved to be a success. At lower elevations, the Assamese plant seemed to do very well, while the Chinese plant excelled at higher elevations. It was Robert Fortune, adventurer, traveller and botanist who was responsible for smuggling 20,000 Chinese tea plants to Darjeeling. Today, Darjeeling teas are prized for their unique muscatel flavour and are best enjoyed without milk. 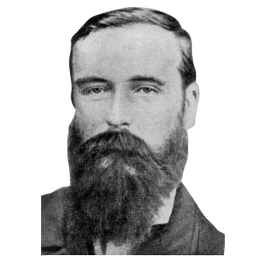 The production of black tea in Ceylon (now Sri Lanka) began after a deadly fungus destroyed most of the coffee crop on the island. An English coffee estate owner, James Taylor decided to plant 10 acres of land with tea bushes. Taylor harvested the leaves, rolled them by hand and fired the oxidised leaves on clay stoves over charcoal fire. In 1875, the first shipment of Ceylon tea arrived in London and was sold at the London auction at Mincing Lane for a very good price in a tea auction. A comment was that this tea possesses extraordinary quality in liquor, and is composed almost entirely of small “golden tips.” A record price 10 pounds 12 shillings and 6 pence was paid per pound of tea.

Because tea plants’ growing conditions are similar to that of coffee, many former coffee estates were converted to tea plantations. 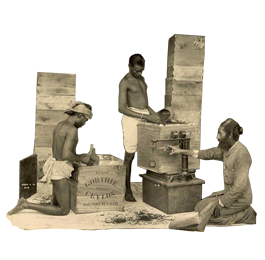 Over a decade later, in 1893, a million Ceylon tea packets were sold at the Chicago World Fair. A world record was attained, and the rest is history. 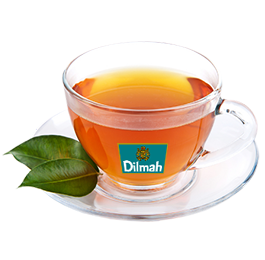 Tea is the second most consumed beverage in the world, and it is a major industry in Sri Lanka today. Tea brings in 65% of export revenue, 15% of foreign exchange and contributes to 2% of the GDP. Over 2 million persons in Sri Lanka are involved in the tea industry.